My home theater system recently stopped working and I found myself in the market for a specific piece of relatively complex consumer technology: a new receiver. A new home theater receiver is not an insignificant purchase. Surprisingly, the major factor in my decision had nothing to do with price point or technical specs. Instead, I chose a receiver that featured an intuitive mobile app that made the technology easier and more delightful to use.

I bring this up because apps like this are actually changing business models. The first few apps out there might have been gimmicks, but they have evolved into so much more than that. They are becoming the remote control to the Internet of Things. Apps are no longer an accessory; they’re a necessity.

There are currently 1.3 million apps available on Android alone. The options available create a competitive market, especially when you consider 90 percent of apps are downloaded and never used again.

Mobile apps have been playing an important role in the product experience for some time now. Consumer expectations around product apps are expanding to include even the most complex goods and industries. These consumers want new and innovative ways to use products, and the right product apps can provide that. A good mobile app can simplify the complex, and this is what companies should aim to do when developing theirs.

3inShare Thursday, January 12, 2012  /   Aleks Radonjic Author Page10 Reasons Why a CMS is Important to Your BusinessThere are many reasons why a Content Management System (CMS) is important to your business, I’ve pulled together ten and broken them into two categories:

5 Ways a CMS Will HELP Your BusinessIncrease efficiency – Content can be publishing easily and efficiently as editing and revisions do not require visual design or coding knowledge. This allows for fast and efficient updates, saving your business cost and time.Increase your search engine ranking – To improve or maintain your search engine ranking your business has to remain relevant, and a good and easy-to-use CMS will help your publishers keep the content fresh.  This invites external contribution (e.g. comments, forum, likes etc…), an integral component in staying relevant and improving your search engine ranking.Maintain control over your content – Workflow is a core feature of any good CMS. Irrespective of how basic your workflow needs might be, workflows will ensure your business maintains control over content.Help your visitors in their search for information – With powerful CMS search engines new content is indexed automatically so it can be instantly found. Visitors can also use taxonomy applications, sorting lists, saved searches and more to personalize the search experience.Cross-selling – Sophisticated Content Management Systems can learn user behaviour and preferences, making your cross-selling and up-selling efforts much more cost effective.

5 Reasons Why You NEED a CMS:Content management – Save content in a draft state, manage it though folders or taxonomy, easily update site navigation, restrict access, auto publish, style your content using WYSIWYG editor – these are all features that will allow your business to manage its content efficiently.Improve online branding – Your marketing team can keep your business relevant by multi-channel campaign management (e.g. emails, brochures, RSS, hypersites, dynamic content management etc.)Extensibility – Your CMS will support your expansion, and most CMSs can extend functionality beyond its default capabilities, typically by purchasing additional plug-ins or modules.Improve customer service – FAQs, help sections and support forms are essential in keeping your customers happy, and any good CMS will allow your business to easily maintain those support channels.Mobile optimization – Advanced CMSs offer mobile optimization, automatically tailoring presentation and content for different devices.

Source: 10 Reasons Why a CMS is Important to Your Business

Posted June 9, 2015 at 6:24pm by iClarified | Please help us and submit a translation by clicking

The WordPress app has been updated with a new media picker, infinite comment scroll, improved comment notifications, the ability to convert and upload unsupported image formats, and more.

With WordPress for iOS, you have the power of publishing in the palm of your hand. Draft a spontaneous haiku on the train. Snap a photo on an afternoon stroll for the week’s photo challenge at The Daily Post. Respond to your latest comments, or monitor your stats to see where today’s readers are coming from.

What’s New In This Version:
• New and modern media picker, with instant access to your camera and albums in a dropdown menu.
• Infinite scroll on comments.
• Improved comment notifications so you can keep track of your comment replies.
• Unsupported image formats (e.g., TIFF) are accepted and converted to a supported format before upload.
• Fix for a bug in which posts weren’t appearing when users scrolled through their Posts list.

You can download WordPress from the App Store for free. 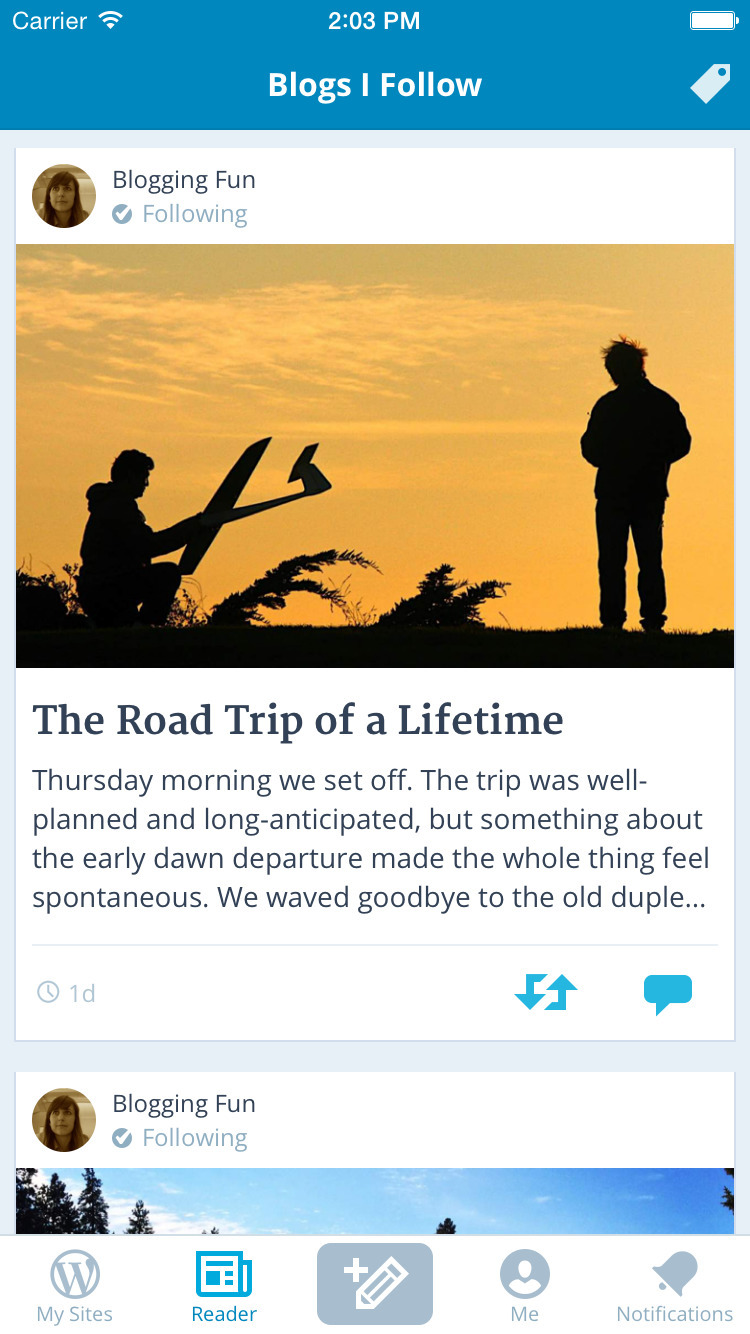 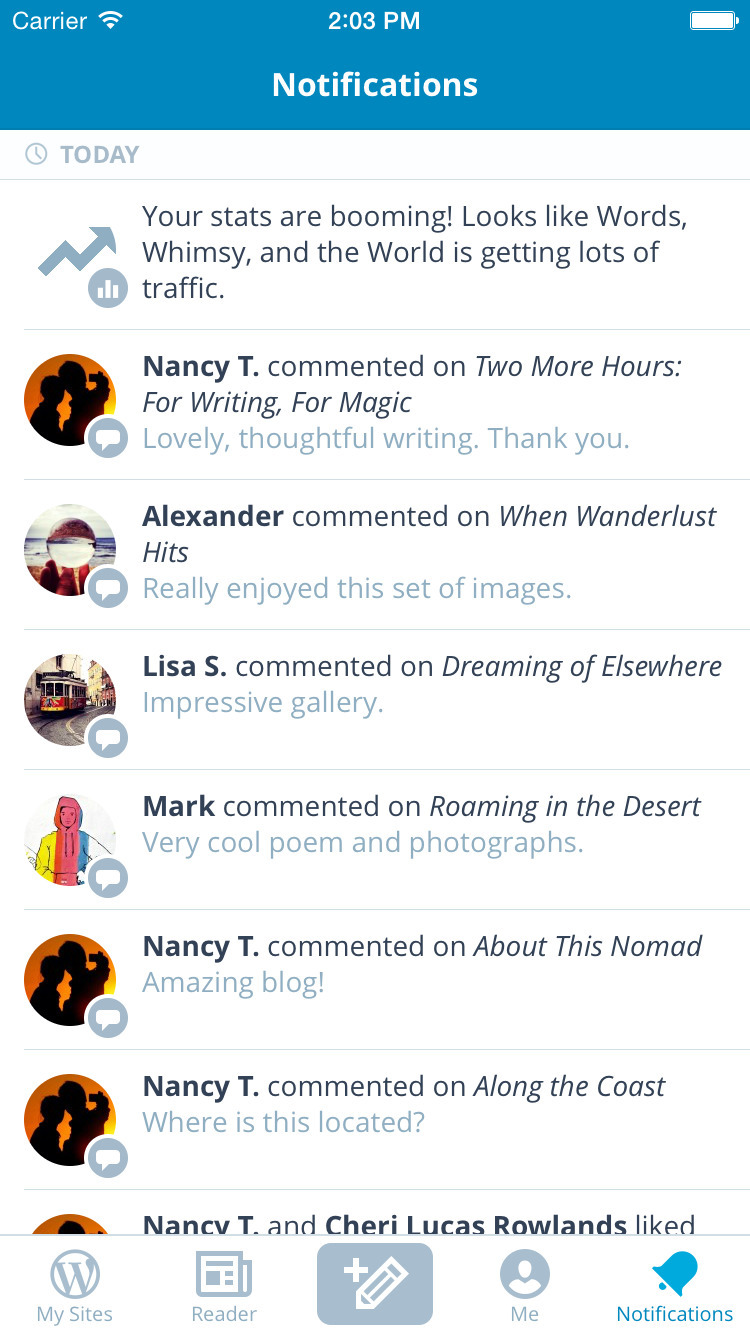 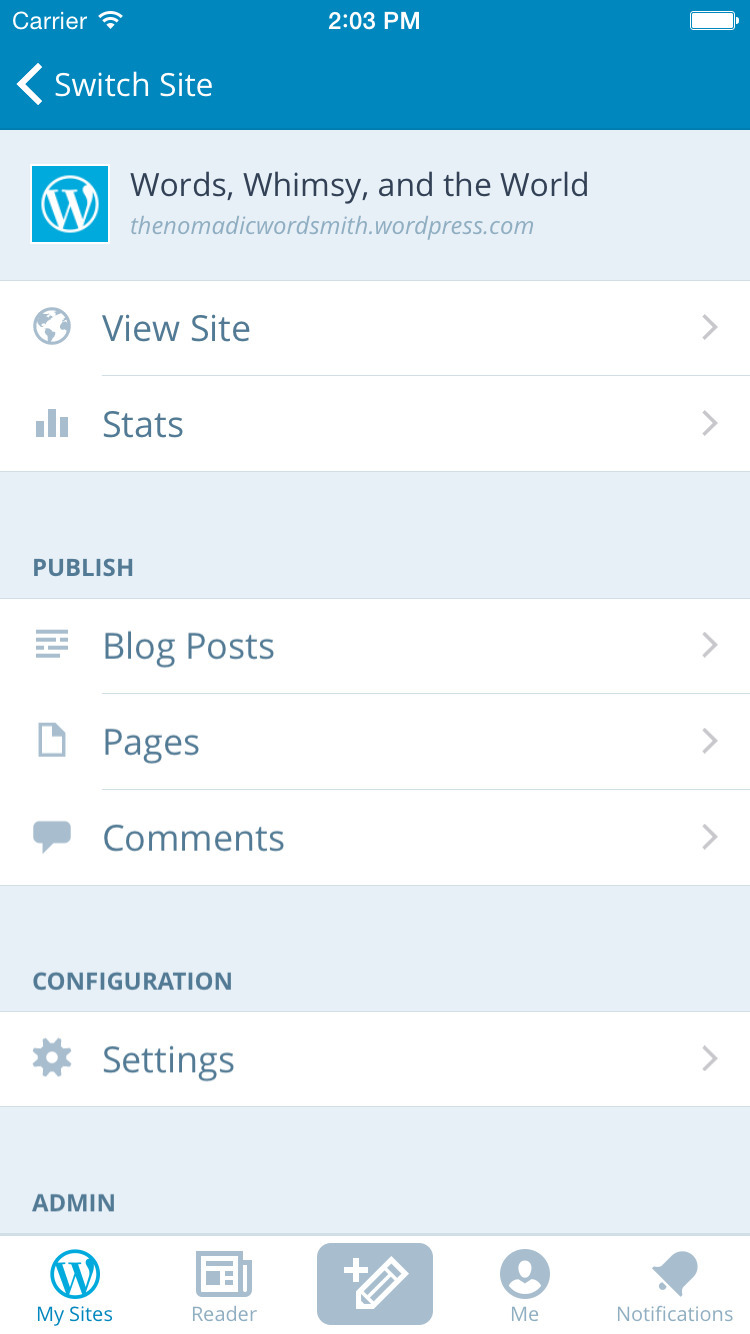